The Widdler and The Heavy Dude 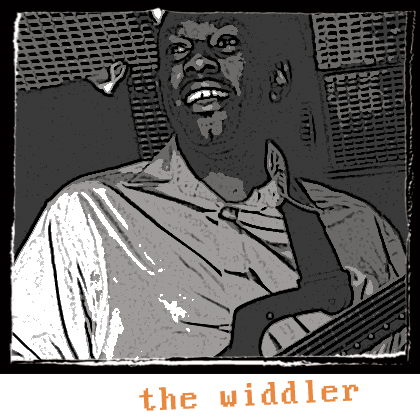 These ostentatious deviants came; they made loud extraneous noises with overdrive they ignored A4 pieces of paper with little dots on them. They are the Widdlers who also occasionally make chank a chank and diggy diggy diggy contributions to all Funk Factory tracks. They are the gunslingers of the Funk Factory world coming into town looking for anyone to employ their services or else join the queue of guitarists at the local blues jam and also because they’re particular genetic material was culled from Two homicidal maniacs before they were reconstituted and spat out on Dweeb’s laboratory floor. The Widdlers found themselves being recruited to the Funk Factory when no one else would do it.

The Widdler is played by: Michael Brown.

The Widdler’s rival in the affairs of amps turned up to 11 is The Heavy Dude who found a louder overdrive setting than his counterpart and therefore did most of the noisier solos.

The Heavy Dude is played by: Austen Hornbrook. 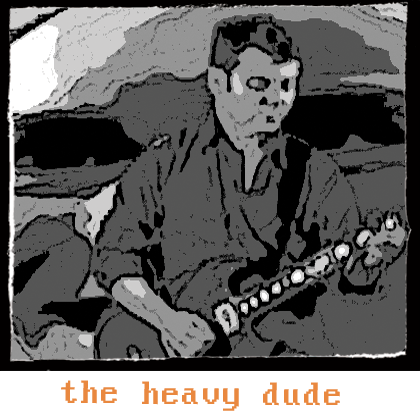