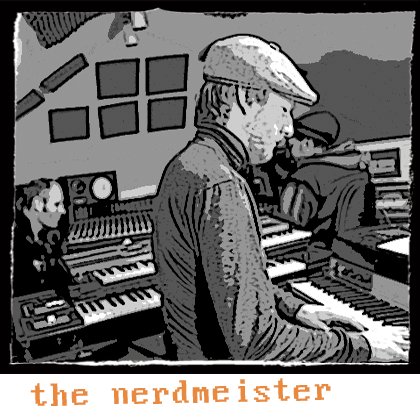 Yes they are the intellectuals of the popular music world. The only people who have time on their hands to read tedious synthesizer manuals and write little dots on paper the Nerdmeister’s lie at the heart of space age noises and the funky Fender Rhodes glue that binds all that rhythm stuff together.  The Nerdmeister G was discovered hiding out in a seedy bar playing jazz synthesizer escaping from various female singers wanting demos when the Coma Cola constabulary arrested him for playing far too many 11th & 13th and trying to turn a simple pop song into an odyssey of Jazz chords.

He is the don when it comes to utilising keyboards, one that goes Zing and the other that goes Boing!

NG is played by: Matt Johnson. 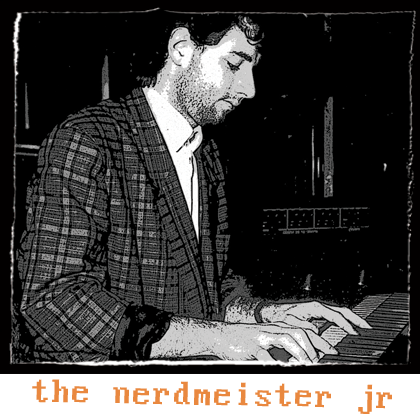 When the confused and mildly psychotic  computer spat out The Nerdmeister G there was some DNA stuff left over so it thought might as well create The Nerdmeister Jnr.  For a while  wandered around the lab looking for engineering work and suddenly found itself playing Fender Rhodes on the first D-roid tracks whilst Nerdmeister G was in the loo.

NJ is played by: Neil McDougall.